The Ballad of Gay Tony Trailer 1: You'll Always Be The King Of This Town 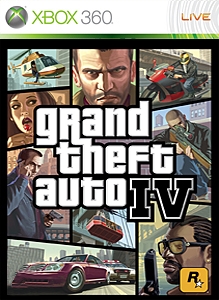 Grand Theft Auto IV's second downloadable episode, The Ballad of Gay Tony, injects Liberty City with an overdose of guns, glitz, and grime. Play as Luis Lopez, part-time hoodlum and full-time assistant to legendary nightclub impresario Tony Prince (aka "Gay Tony"), as he struggles with the competing loyalties of family and friends, and with the uncertainty about who is real and who is fake in a world in which everyone has a price. Grand Theft Auto IV: The Ballad of Gay Tony is coming to Xbox LIVE on October 29th. (Not Rated)