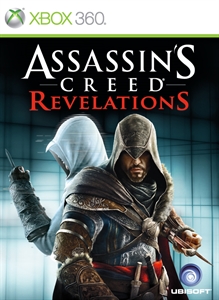 The critically acclaimed Assassin’s Creed multiplayer experience has been refined and expanded for Assassin’s Creed Revelations with new modes, maps, characters and extensive customization options. Assassin’s Creed Revelations features a total of 16 multiplayer personas – including unlockables and exclusives – with all new customizable features. As you progress through the multiplayer ranking system, you’ll be able to modify each existing character’s overall appearance. The customization interface is streamlined, enabling you to quickly rotate through designs. Outside of tweaking the visual elements of your character, you're also able to customize three elements that directly and significantly affect gameplay - Abilities, Perks and Streaks. As you progress through the multiplayer experience, you’ll also uncover secrets behind Abstergo Industries found nowhere else, delving deeper into the Assassin’s Creed universe and the methods and motives of the Templar Order.