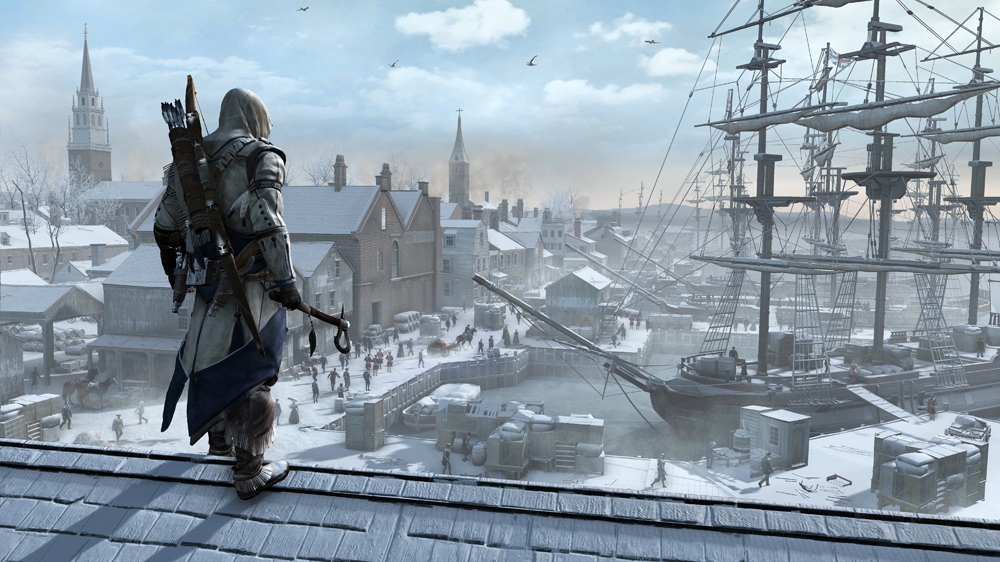 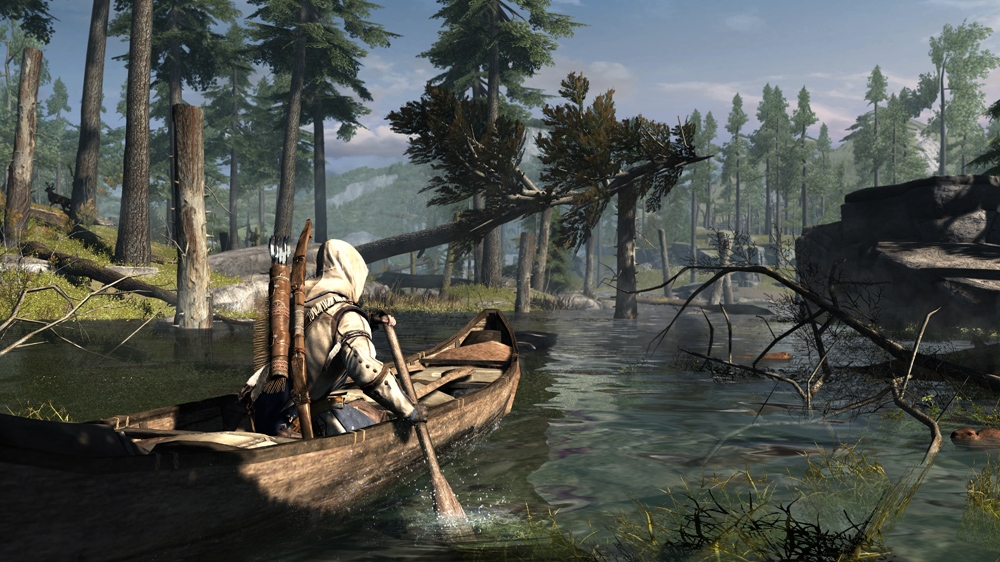 The Games on Demand version supports English. Download the manual for this game by locating the game on http://marketplace.xbox.com and selecting “See Game Manual". French, German, Spanish, Italian, Russian and Portuguese support will require a separate language pack download, accessible via the Additional Content menu option within the game. The Abstergo Story video pack will also require a separate download, accessible via the Extra Content menu option within the game. You will be prompted for this download when it is required. The American Colonies, 1775. It’s a time of civil unrest and political upheaval in the Americas. As a Native American Assassin fights to protect his land and his people he will ignite the flames of a young nation’s revolution. In Assassin’s Creed® III, eliminate your enemies with an array of new weapons including guns, bows, tomahawks, and trusty hidden blades. The game has been in development for over 3 years and features the new Ubisoft-AnvilNext engine, a stunning technology that will revolutionize gaming with powerful graphics, lifelike animations, immersive combat, and advanced physics. With an all new setting, assassin and engine, Assassin’s Creed® III takes you back to the American Revolutionary War, but not the one you’ve read about in history books.