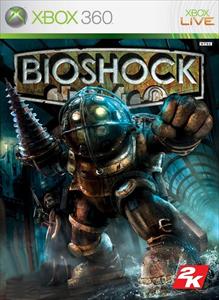 Welcome to Rapture with the official demo to BioShock, the “genetically enhanced” first person shooter. BioShock is a shooter unlike any you’ve ever played, loaded with weapons and tactics never seen. You’ll have an arsenal at your disposal from simple revolvers to rocket launchers and flame throwers, but you’ll also be forced to genetically alter your DNA to create an even more deadly weapon – you. Injectable Plasmids give you ungodly powers: blast electrical currents into water to electrocute multiple enemies, freeze them solid and obliterate them with the swing of a wrench, or create a swarm of attack hornets from your own mutated flesh. BioShock is that rare game in which Brainpower is as valuable as Firepower. You’ll need plenty of both to get out alive.