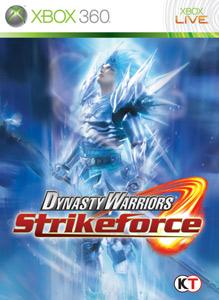 Create your own "strikeforce" and embark on a quest to conquer Ancient China in this team-based Tactical Action epic. Fight as a unit with up to four players, or battle it out as a single-player with AI-controlled team mates. Communicate with friends using voice chat to coordinate assaults on heavily-armed fortresses and colossal beasts. Storm the battlefield with heart-pounding "air" fighting techniques, and startling "Fury" transformations. Play as your favorite warriors, including the newly-added Meng Huo. Even trade characters online. Do you and your friends have what it takes to rule the land? Prove your mettle with this white knuckle, high-flying adventure!