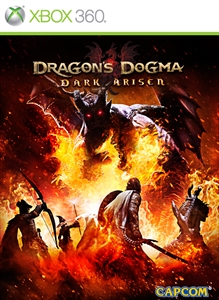 The fourth trailer for "Dragon's Dogma," revealed at Capcom Gamers Day 2011. Take a look into the world of Dragon’s Dogma through the eyes of the Pawns. Called forth into existence from a timeless void known as the Rift, these less than human fighters are chosen by the Arisen from a limitless combination of classes and combat disciplines. Only three can swear their allegiance to the Arisen to follow him and fight at his side. Only through the Arisen may they become something more.