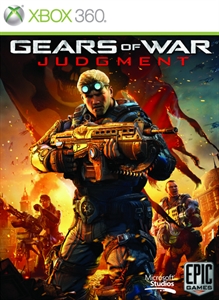 Best friend of Marcus Fenix and a cherished hero of Delta Squad, Dominic “Dom” Santiago made a pivotal sacrifice in the war against the Locust horde and will be forever remembered for his bravery. With this character skin, you can play as Dom as he was at the time of Emergence Day, six weeks after his role in the brutal Pendulum Wars had come to an end. This exclusive character skin is for use in competitive multiplayer matches in Gears of War: Judgment