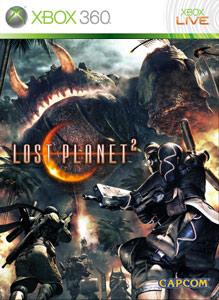 LOST PLANET returns with the long-awaited sequel to the 2 million-plus selling action shooter! LOST PLANET 2's all-new co-op feature allows up to 4 players to team up in Campaign Mode, forming new tactics and strategies to tackle situations that would be impossible alone. In this multiplayer demo, you and 15 other players battle it out on an all-new map, Turbulent Jungle. Choose from one of two modes popularized in the original LOST PLANET: Elimination or Post Grab. All the new VSs, weapons, and support items from the Campaign mode are also available in multiplayer. Grab your weapon of choice, plan out your attack, and get into the heat of battle with players from all over the world!