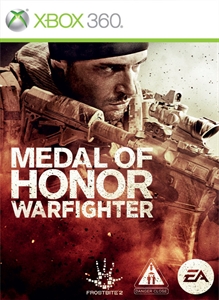 Inspired by the decade-long manhunt for the World’s Most Wanted man, the “Zero Dark Thirty” Map Pack takes the player to some of the world's most dangerous places: Darra Gun Market and Chitral Compound. Take the fight to areas that were thought to be Osama Bin Laden's hideouts in the Pakistan area. Darra is home to dozens of back-alley shops and self-taught machinists making guns by hand. Chitral, set in the mountains of Pakistan was thought to be one of the notorious hideout locations for terrorist organizations. Take the fight to the biggest maps in Medal of Honor Warfighter with your Fireteam buddy in this Map Pack!