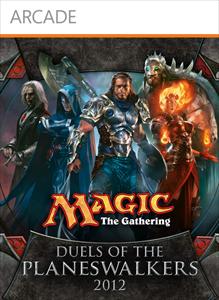 You can become the Archenemy for the first time in the Duels of the Planeswalkers 2012 Expansion, taking on three rival Planeswalkers at once. Plus, enjoy three new playable decks, four new unlockable cards for each of the ten original decks, four new puzzling challenges, new cards from Innistrad, and seventeen new single-player campaign levels. Put your spell-slinging skills to the test and try to defeat Liliana Vess, Ajani Goldmane, and Ral Zarek to unlock their new decks! (This expansion pack requires the most recent Title Update for Magic 2012.)