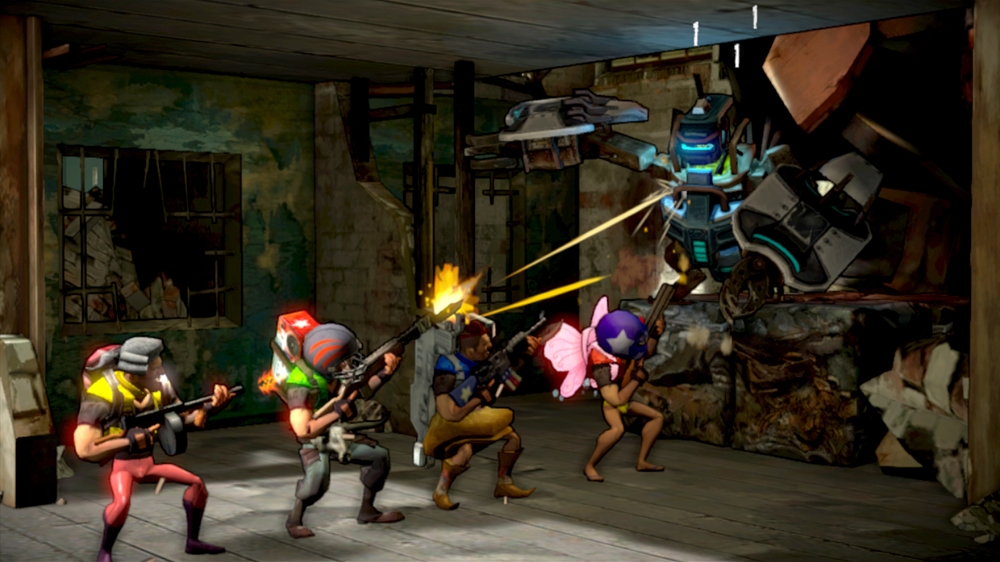 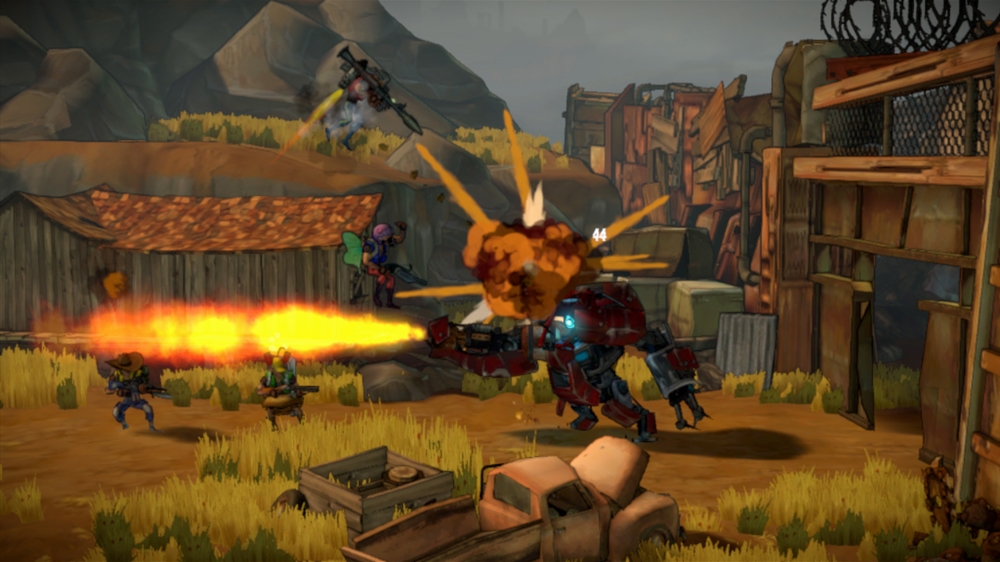 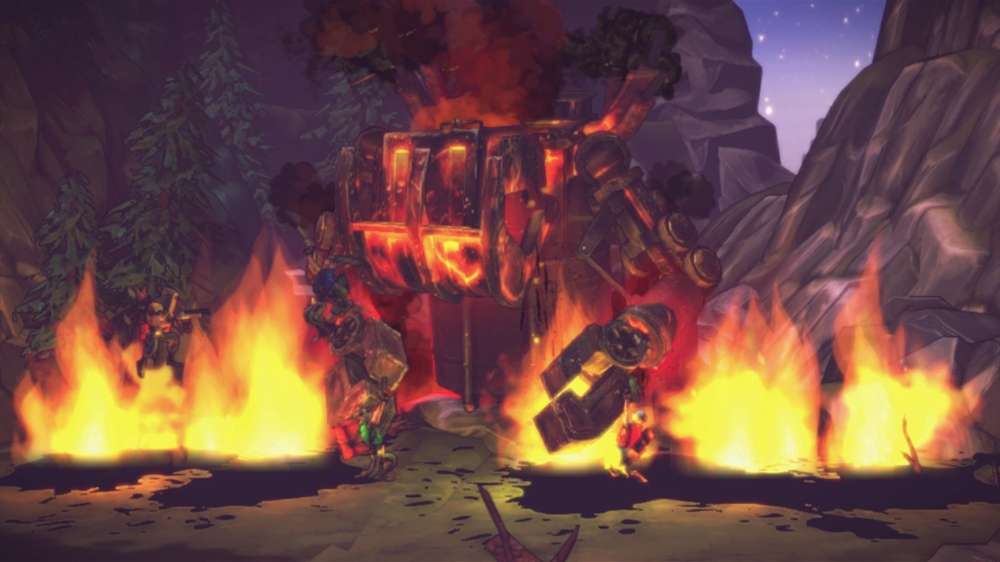 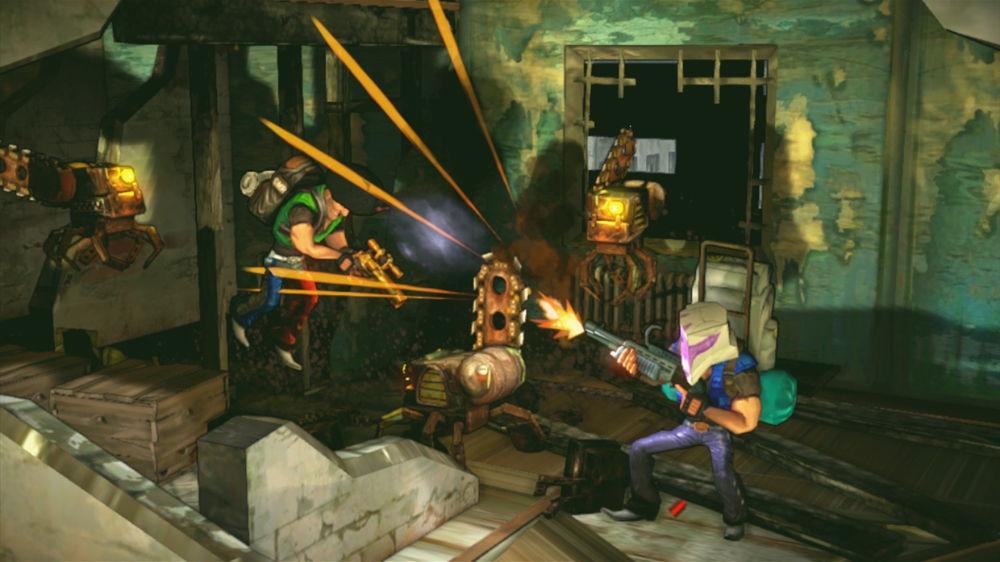 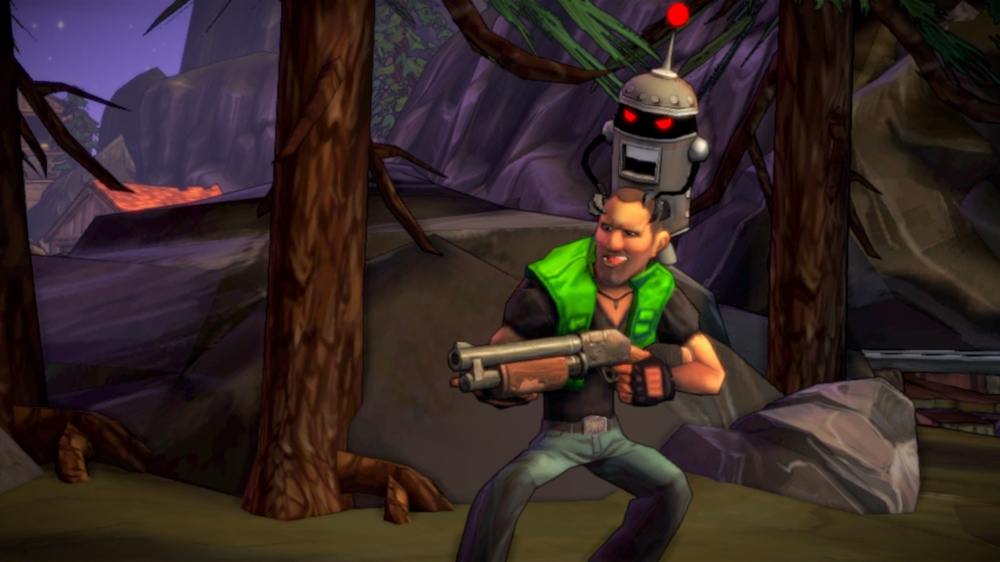 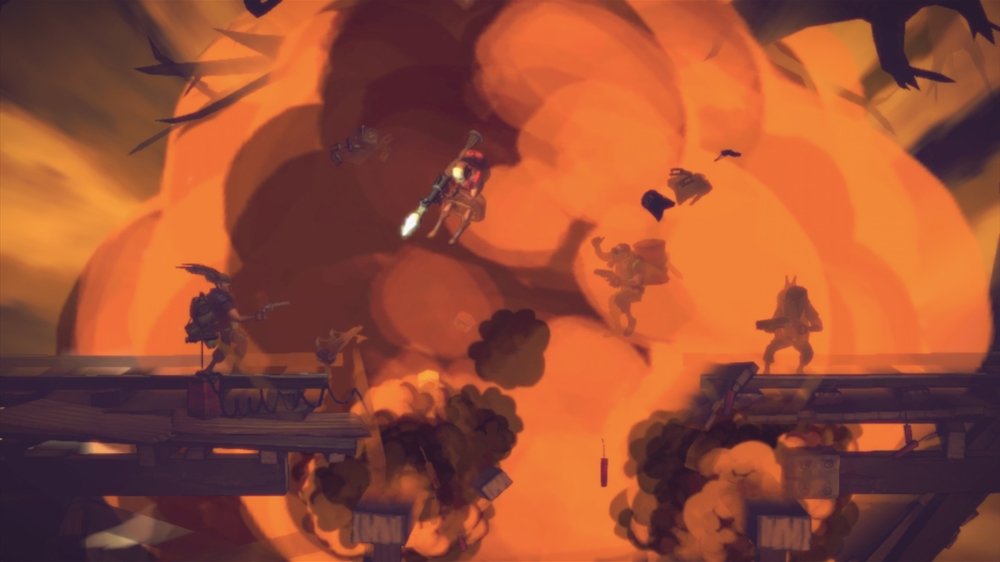 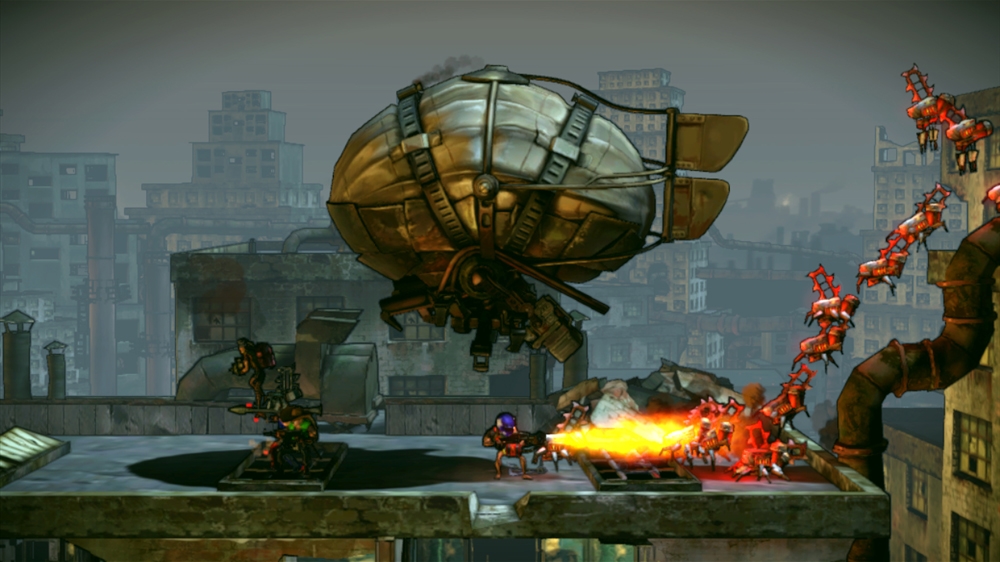 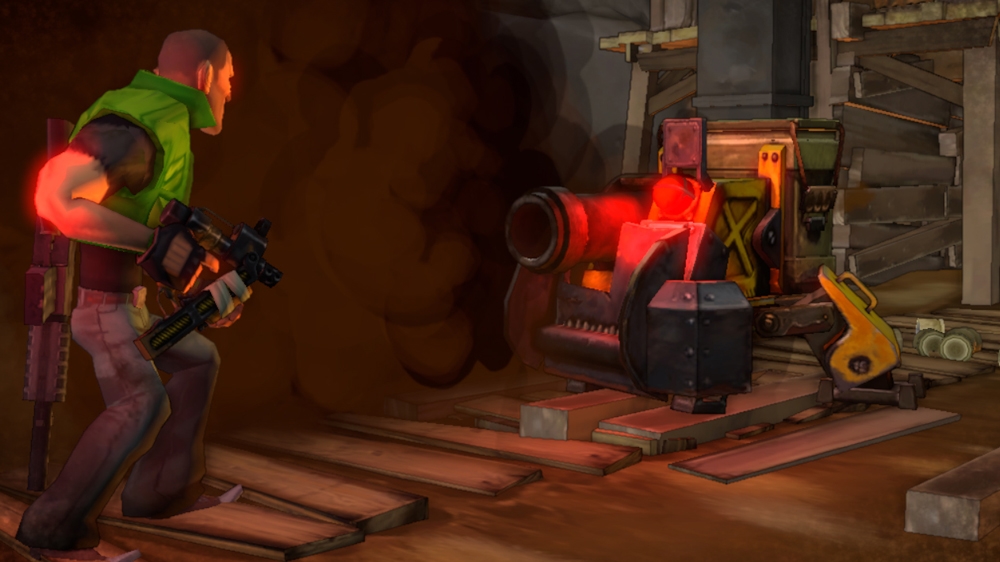 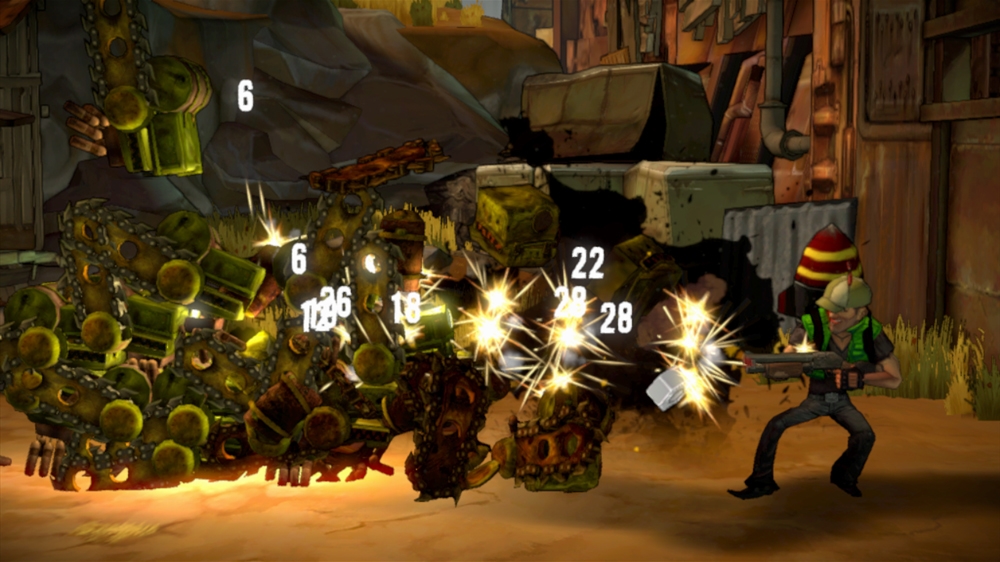 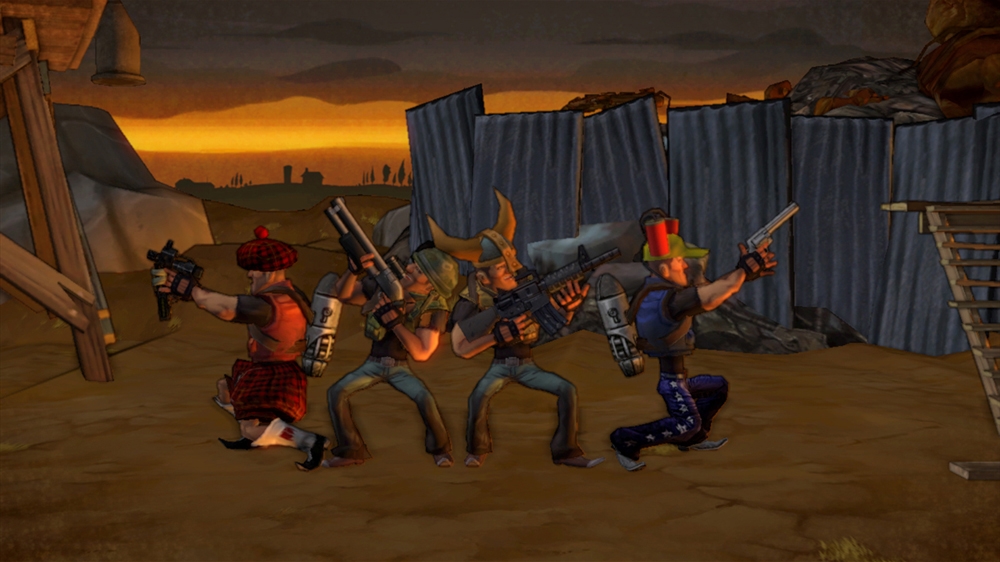 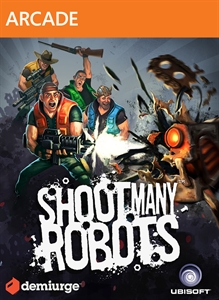 Shoot Many Robots is a 4-player co-op run-n’-gun action game starring robot slayer and gun aficionado, P. Walter Tugnut. From a gun that shoots garden gnome missiles to a tutu that boosts speed and damage, there are hundreds of crazy guns and gear to unlock that boost Walter’s stats – not to mention, make him look pretty. You and three friends can team up to exterminate a zillion robots while progressing through tons of missions, facing uncomfortably epic bosses, and leveling up along the way.