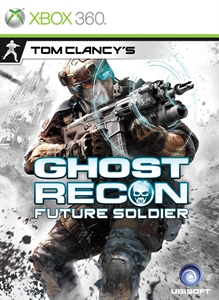 After a decade-long manhunt, US Intelligence has finally received actionable intel that could lead to the elimination of one of their highest priority targets: Boris Chevtchenko, the author of some of the most heinous war crimes of the 21st century. Linked to Russian ultranationalists, Chevtchenko is about to transfer to them an unknown weapon, one that analysts only know that it is capable of mass destruction... Tom Clancy's Ghost Recon® Alpha the movie invites you into the future of war with the US Armed Forces’s point of spear. Inserted deep behind enemy lines, the Ghosts must strike swiftly to eliminate one of the world’s most feared war criminals, and vanish as they came. Tom Clancy's Ghost Recon® Alpha - The Movie is the prequel story of the videogame Tom Clancy’s Ghost Recon Future Soldier.