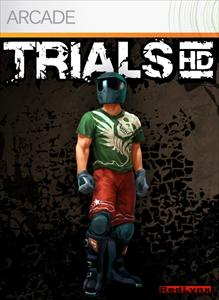 Thrill for more Trials HD! This second DLC for the award-winning Xbox LIVE Arcade game includes 40 all new tracks, including the 10 best user-created tracks from the Big Thrills contest. There are also 3 new achievements you can unlock for 50 more Gamerscore. With more than one million copies sold, it's time to try Trials and see why this was voted the number one Xbox LIVE Arcade game by Xbox 360 fans just like you!