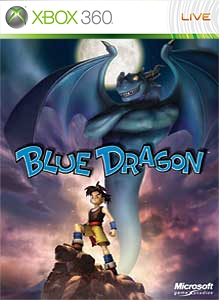 The Ultra Hard Mod adds three new features to Blue Dragon. New Game Plus is a game mode that allows you to start your game over using a saved game from near the end of Blue Dragon. The Hard game mode allows you to play at a difficulty level that is twice as high as the original. The Impossible game mode is the ultimate in difficulty and is meant to be played starting at Level 50 or higher. © 2007 BIRD STUDIO / MISTWALKER, INC. All Rights Reserved. © 2007 Microsoft Corporation. All Rights Reserved. BLUE DRAGON contains AT&T Natural Voices® Text to Speech technology licensed from Wizzard Software Corporation. Microsoft, the Microsoft Game Studios logo, Blue Dragon, Xbox, Xbox 360, Xbox LIVE and the Xbox logos are trademarks of the Microsoft group of companies.