"You are the Ninja" Debut Trailer 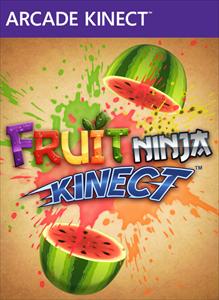 Unleash your juicy power and become the ninja in Fruit Ninja Kinect, the official Xbox Live Arcade release of the worldwide gaming phenomenon! Get a taste of the action in the official debut trailer, where blades and seeds collide, where the world of fresh produce is tough and full of peril and where your slicing abilities will be put to the ultimate test!