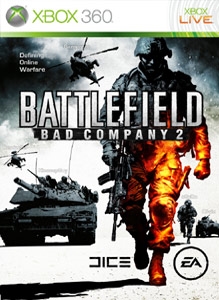 What starts out as another routine recon mission for B-Company soon takes a deadlier direction when they discover evidence of a new Russian super-weapon that can swing the balance of the global super-powers. With U.S. and Russian forces mobilizing the Squad's mission escalates into a frantic race against time to help stave off a new World War. From frozen Alaskan wastes to the jungles of South America Battlefield: Bad Company™ 2 delivers best in class vehicle warfare, vast sandbox environments and unprecedented levels of destruction - an all-out war experience unlike any other! Relasing March 4th across Europe and March 5th in the UK and Ireland.