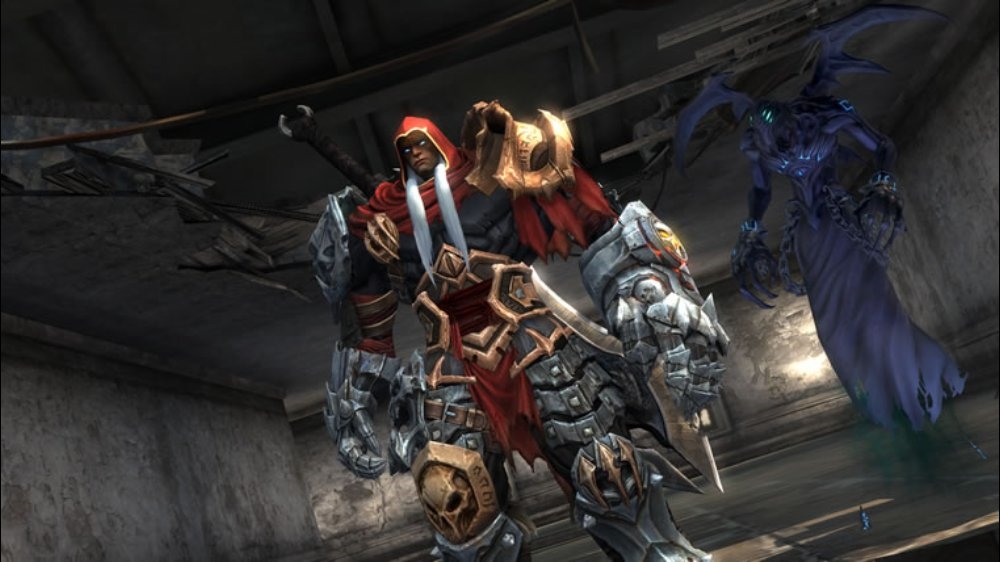 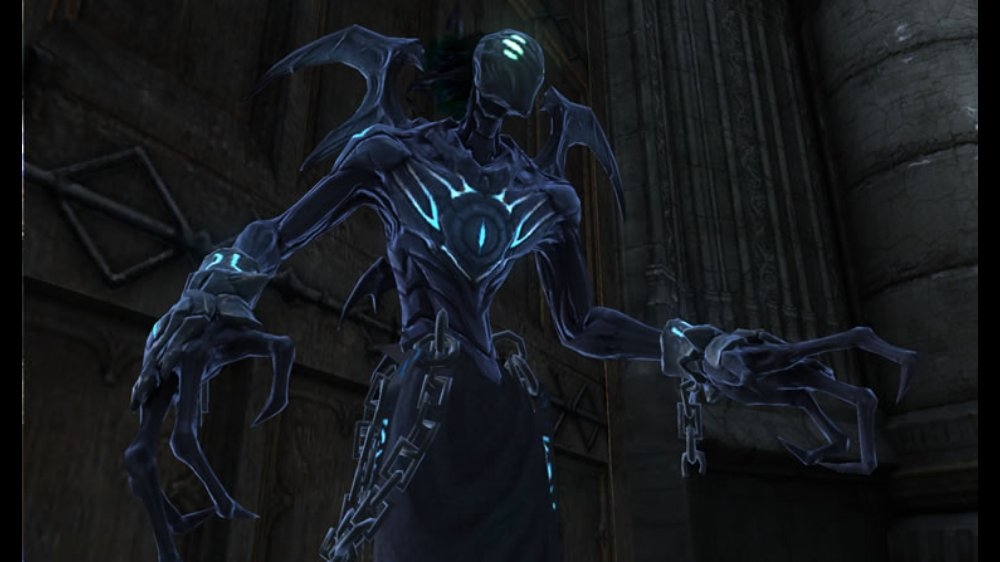 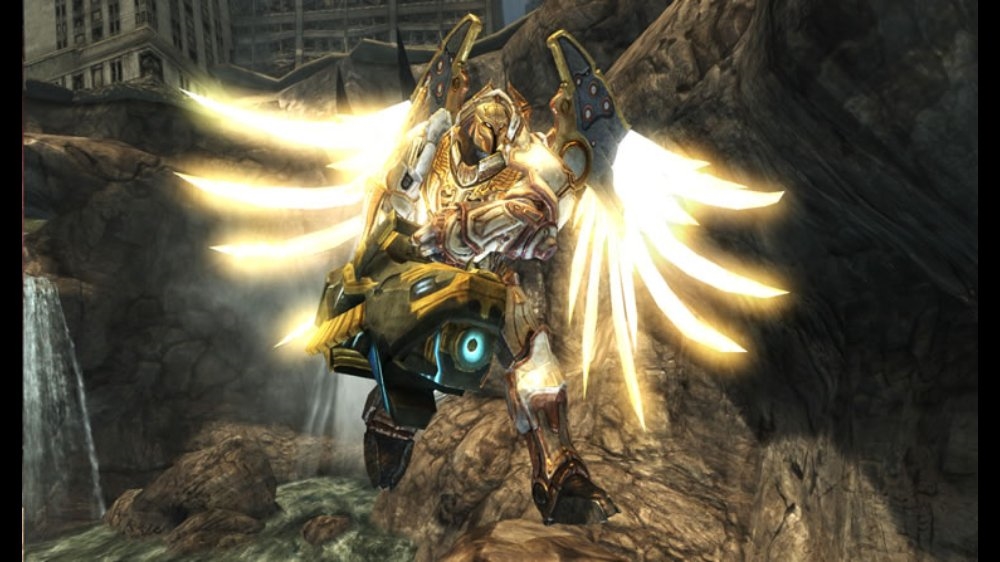 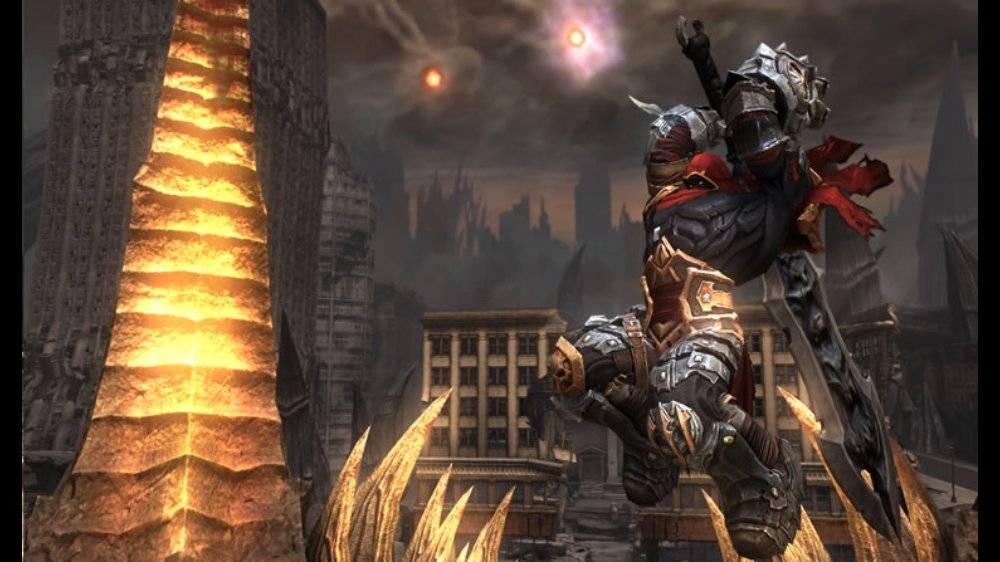 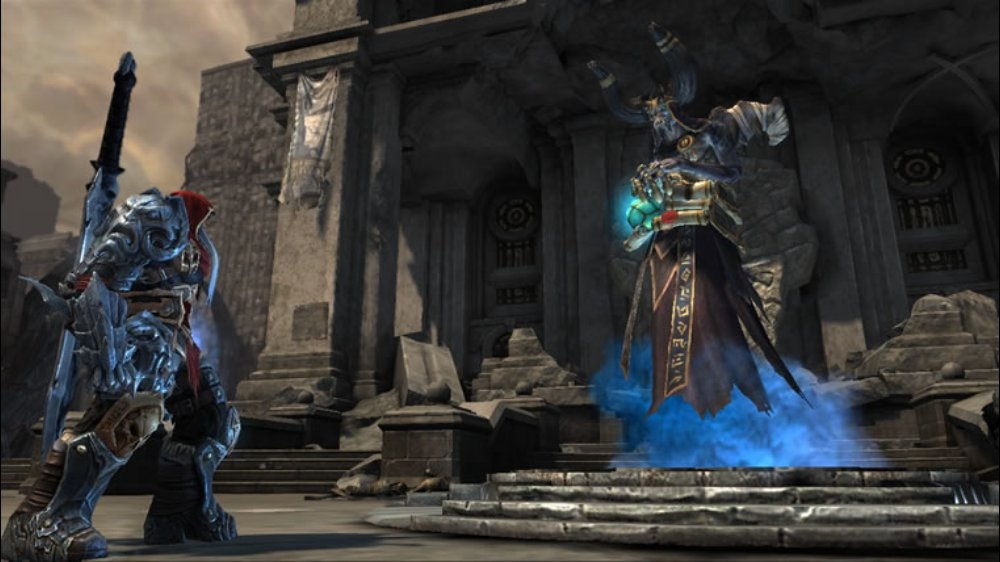 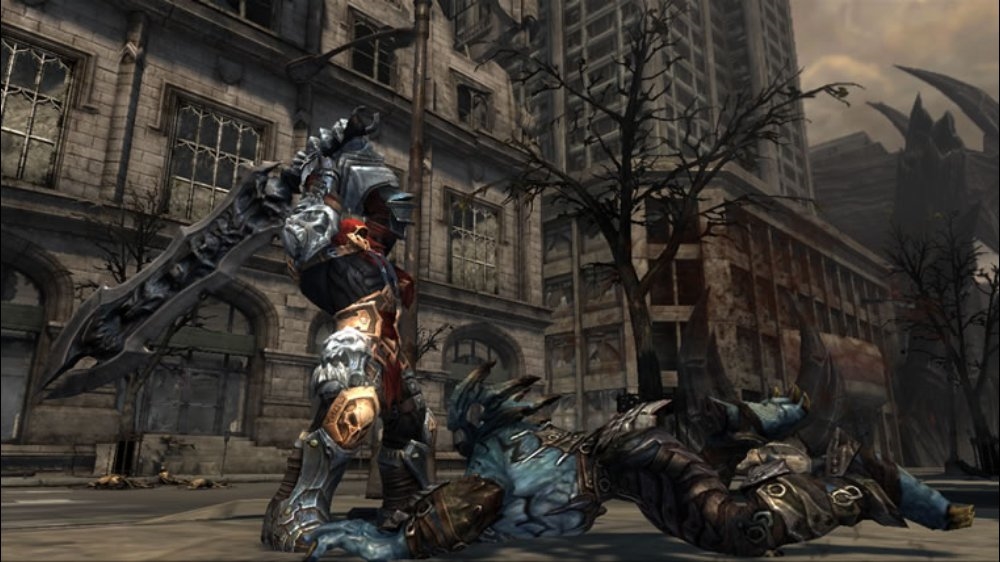 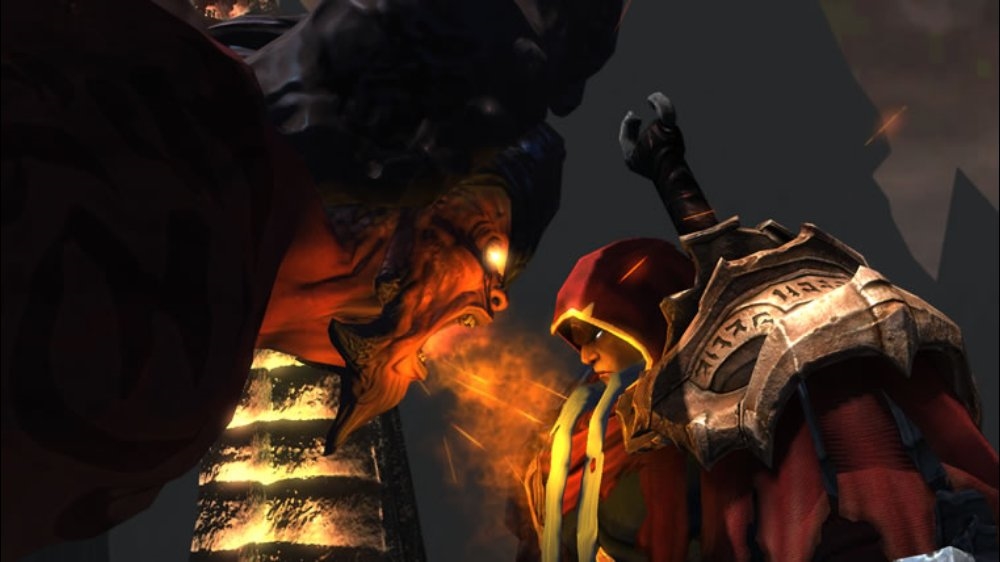 Download the manual for this game by locating the game on http://marketplace.xbox.com and selecting “See Game Manual". The Horseman cometh. You are WAR! Caught in an epic struggle between Heaven and Hell, the legendary Horseman is left with only one option- to fight his way out. Wielding the fearsome sword Chaoseater, War must carve a bloody trail through Angels and Demons alike to uncover a dangerous truth...one that may bring about the end of mankind. EXPLORE the streets of a hell-ravaged city or ascend crumbling buildings to face horrors in the sky above. CONQUER Hell’s most terrifying monstrosities using a host of supernatural abilities and devastating combat moves. DESTROY your enemies by unleashing the unstoppable power of your Chaos Form! Darksiders. HEADS. WILL. ROLL.