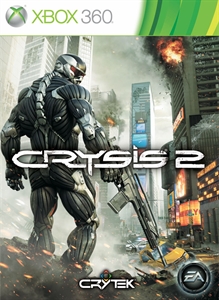 The world has been ravaged by a series of climatic disasters and society is on the verge of total breakdown. Now the aliens have returned, with a full invasion force bent on nothing less than the total annihilation of mankind, starting by trying to rip the heart out of Earth’s most iconic city: New York. Terrifying alien invaders stalk the streets and a nightmare plague strikes down the city’s inhabitants leaving the city’s systems in chaos, its streets and skyline smashed and in flaming ruin. This is New York City like you’ve never seen it before. There are no refunds for this item. For more information, see www.xbox.com/live/accounts.