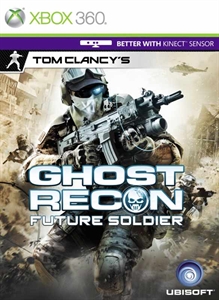 In the near future: Russian ultranationalists have seized power in a violent coup d’état. Moscow is now the stage for bloody civil war. The Ghosts are secretly sent into position to eliminate a highly sought after war criminal: Ivan Illitch Kerenski, who is leading the repression against the resistance, and wanted by the the International Criminal Tribunal for genocide and crimes against humanity. Because of their hi-tech arsenal and their expertise in all areas of combat, only the Ghosts are in a position to carry out this mission behind enemy lines. The whole balance of world politics is at stake in the success of their mission. 予告編をダウンロードする。 (英語、レーティングなし)