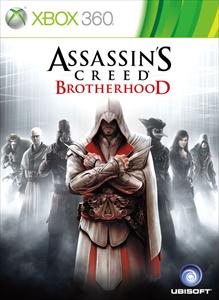 The new Pienza Map is set against central Tuscany’s background and landmarks such as the Palazzo Piccolimini and Palazzo Comunale provide the perfect free-running playground where predator and targets can blend and disappear. To dominate, employees must master the town’s layout as it’s free-running routes can become the recruit’s ally or doom. New Chest Capture Multiplayer Mode • Six Players with two teams comprised of three players each • Player’s objectives are to partner with fellow Templars to either defend or capture Chests. • Defenders will receive points for assassinating and defending the chests. Capturors will earn points by capturing the chests. New Templar Score Feature • Updated weekly and based on users scores of the previous four weeks, it splits recruits in 10 specific slices – each representing part of the hierarchy of the community. The goal is to reward diligent work by Abstergo recruits.