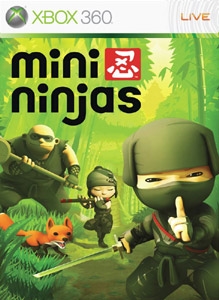 Watch the Futo Gameplay video now! Futo is not the fastest ninja in the village, by any standard. When he first began his training, it became obvious to the Tengu sensei that he would never become particularly proficient with the sword. He did show great promise in his raw strength however, and was able to overcome his lack of agility by focusing on this instead. It took several years for Futo to make friends with the other ninjas in the tribe. It was not until an incident with a cave-in in the forest, where he managed to rescue one of the other ninjas -– a small boy named Hiro -– that he made his first true friend. Since then, Hiro and Futo had been the greatest, if not unlikeliest of companions.