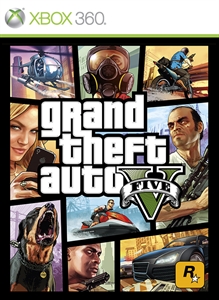 You think you've got what it takes to be awesome? Want to take yourself to the absolute limit – hell, past the limit – and live to high-five on the other side? Get yourself down to The San Andreas Flight School. Grab the stick of the fast and nimble Western Besra training jet and push it to the edge of the envelope. Master absolute air superiority in 10 new solo missions that will make you comfortable in any pilot’s danger zone, including combat maneuvering, low-flying challenges, formation flying and more. Once it’s ‘mission accomplished’ and you’re out of your heroic new Flight Suit, spend your shore leave buzzing the skies in the luxury Swift helo, or cram your entire squad into the new 16-seater Buckingham Mil-Jet jet for team transport in style. Hit the silk with a collection of new Chutes and Parachute Bags, and if things get a little out of control, rely on the Reserve Parachute to give you a second chance at that soft landing – or use it to get creative with your precision dives. Later, hit the streets in the shapely Invetero Coquette Classic, available in either hard-top or topless roadster variants.