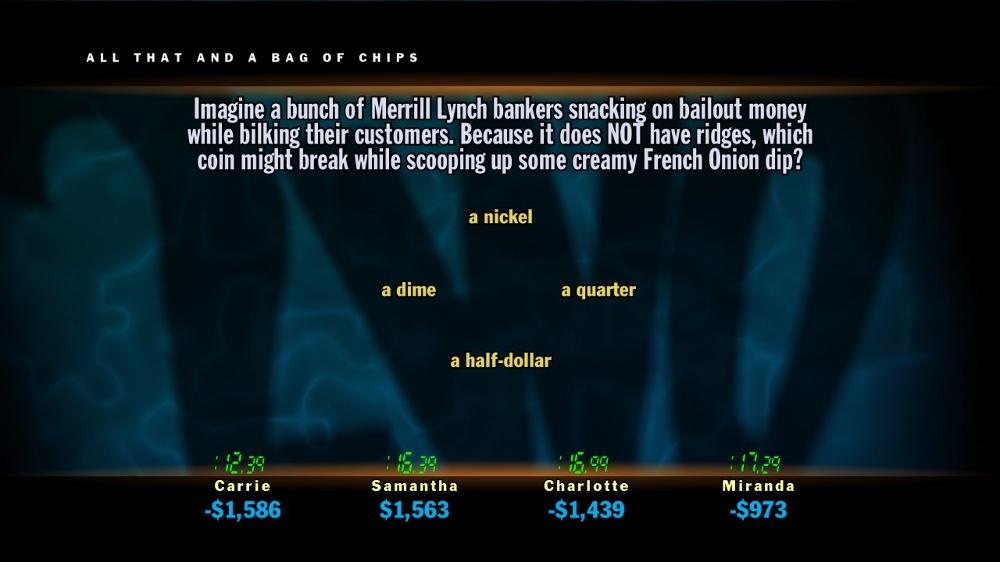 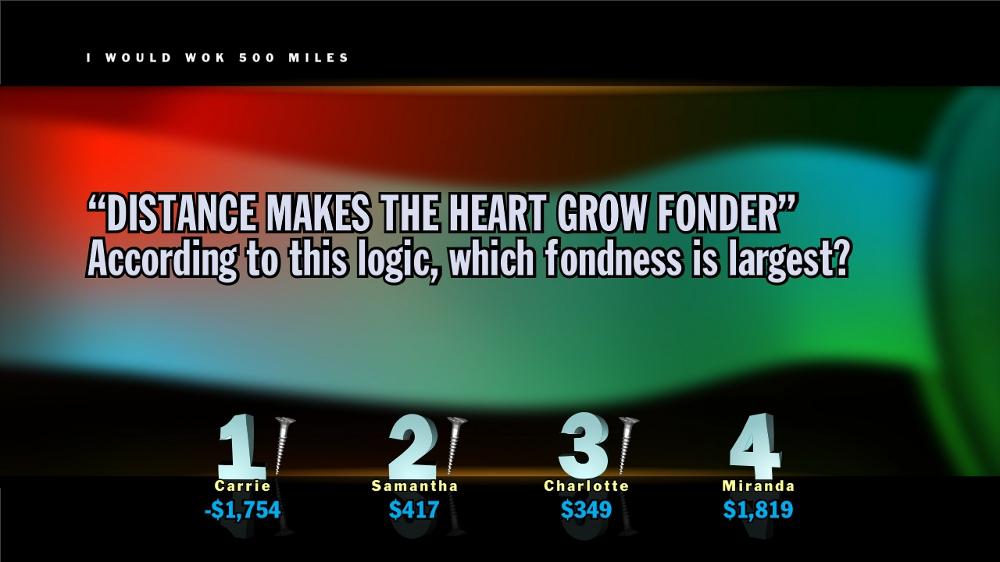 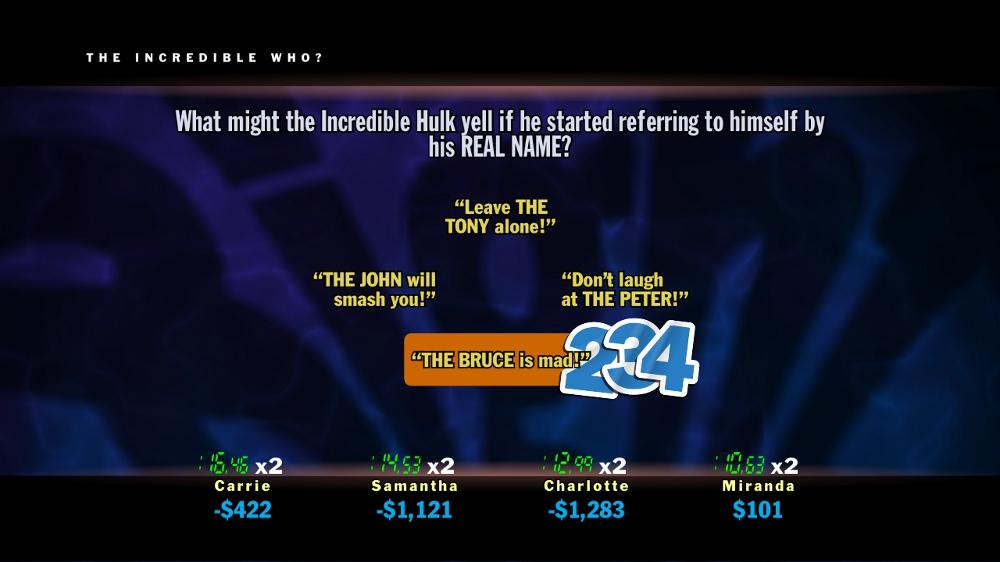 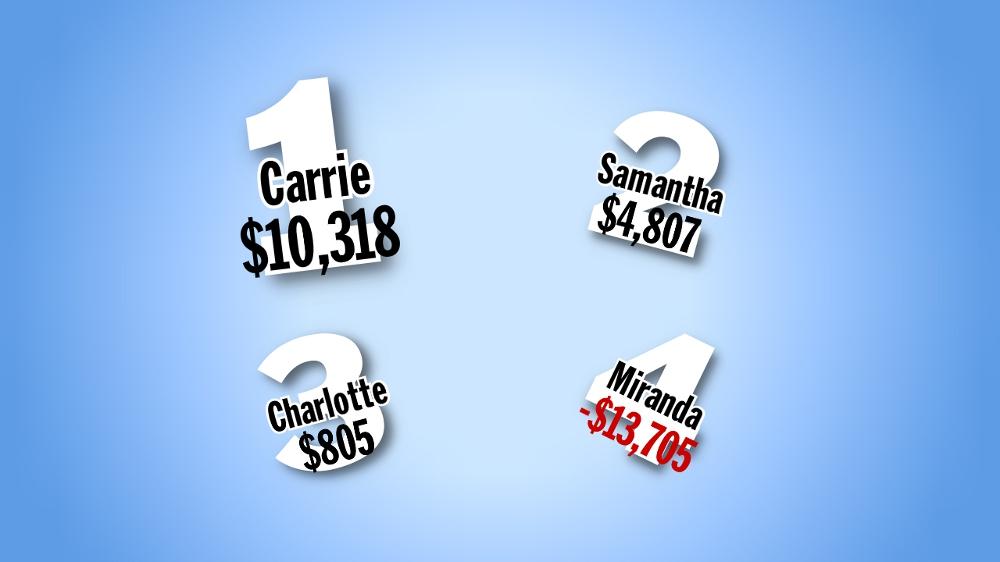 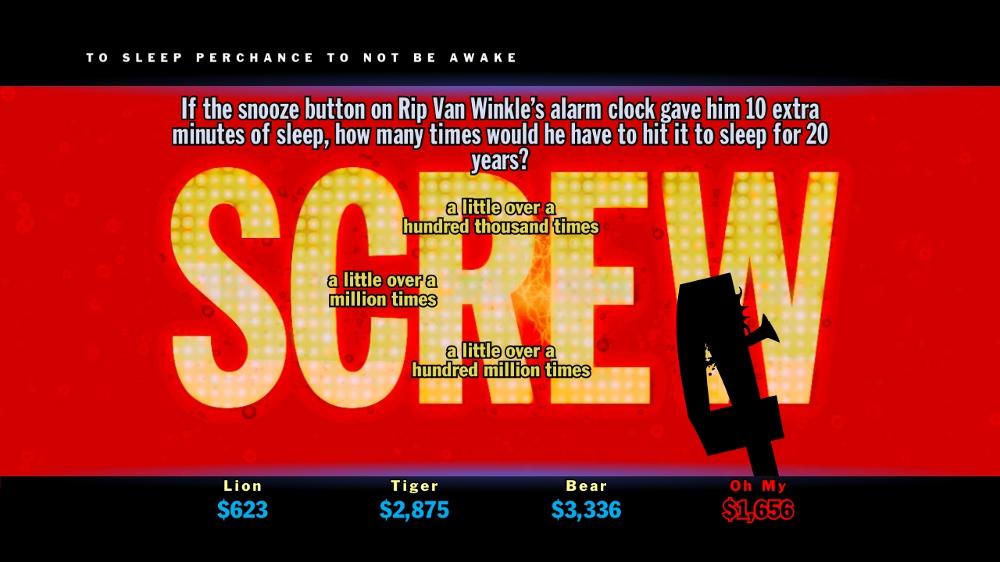 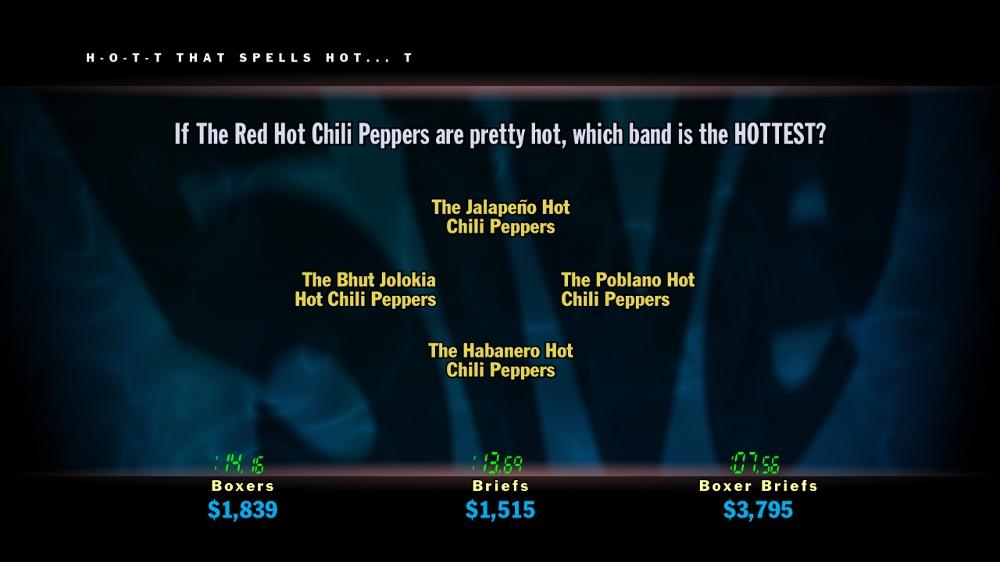 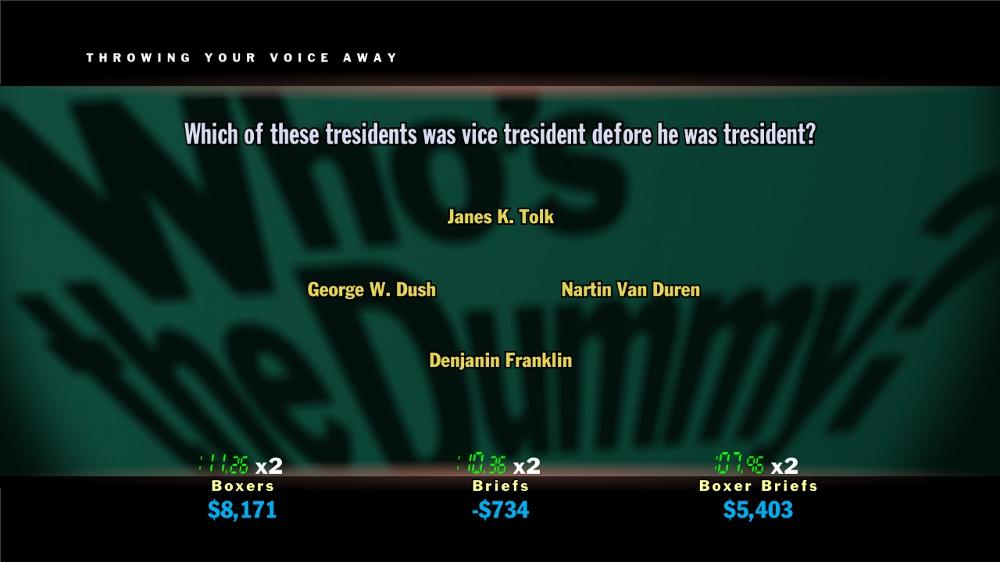 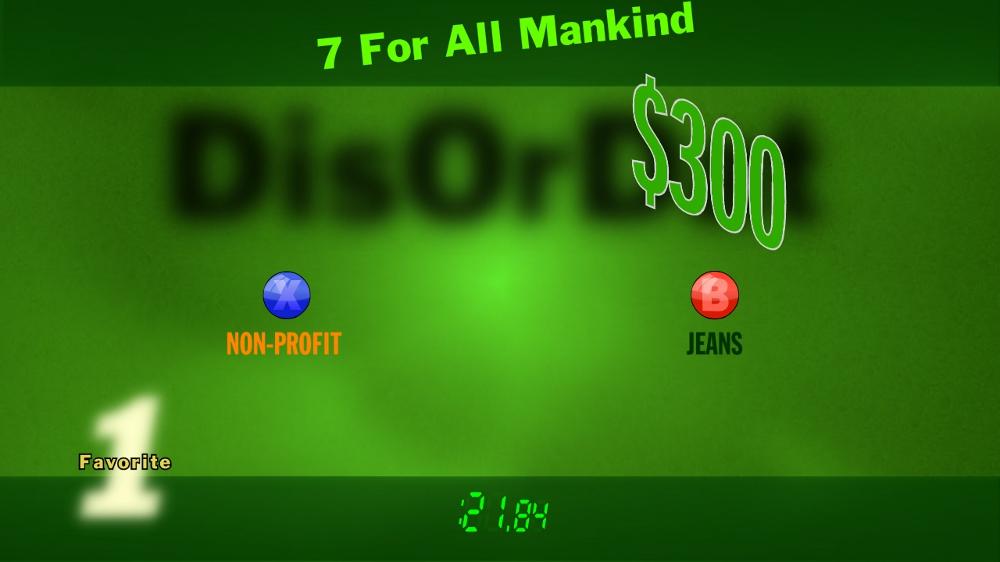 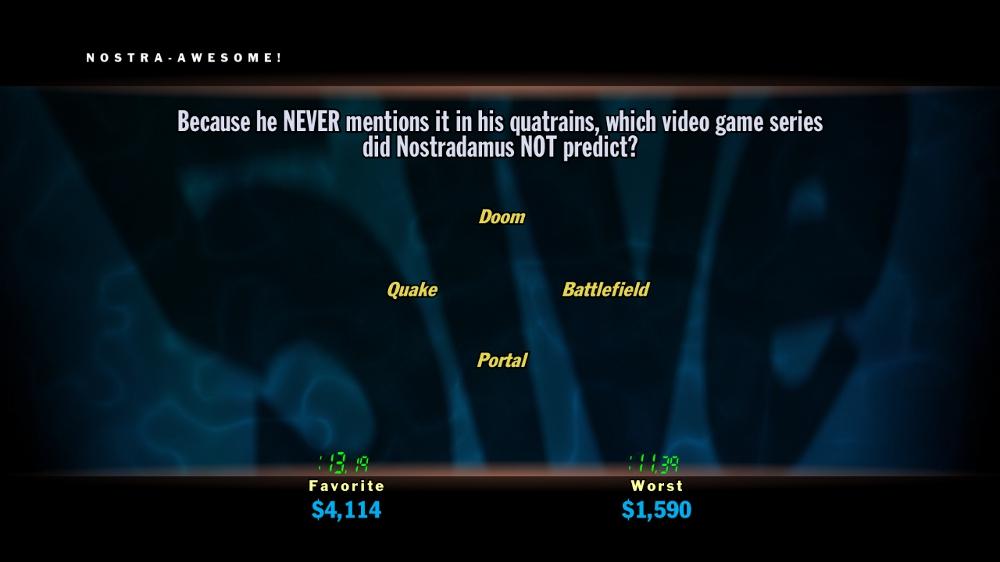 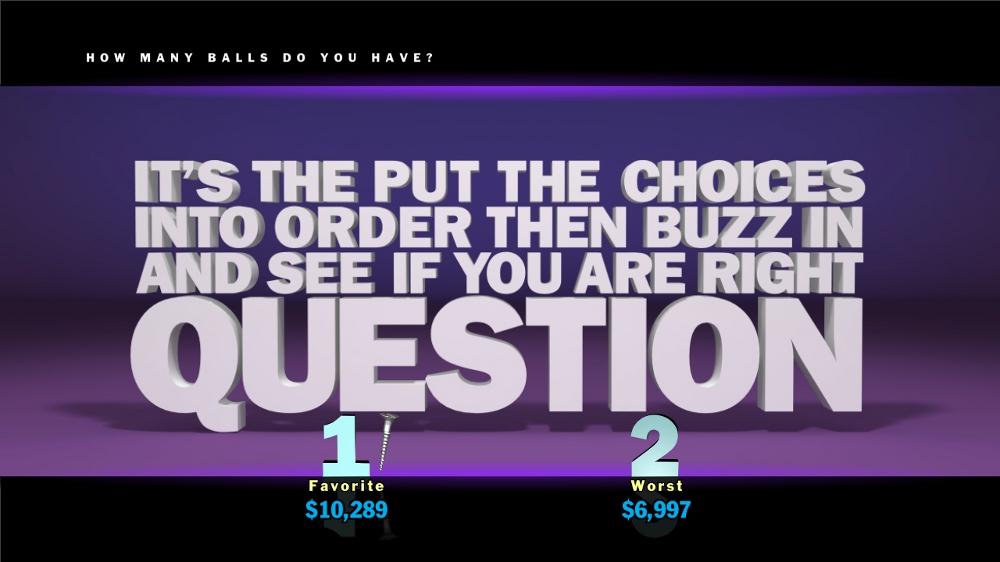 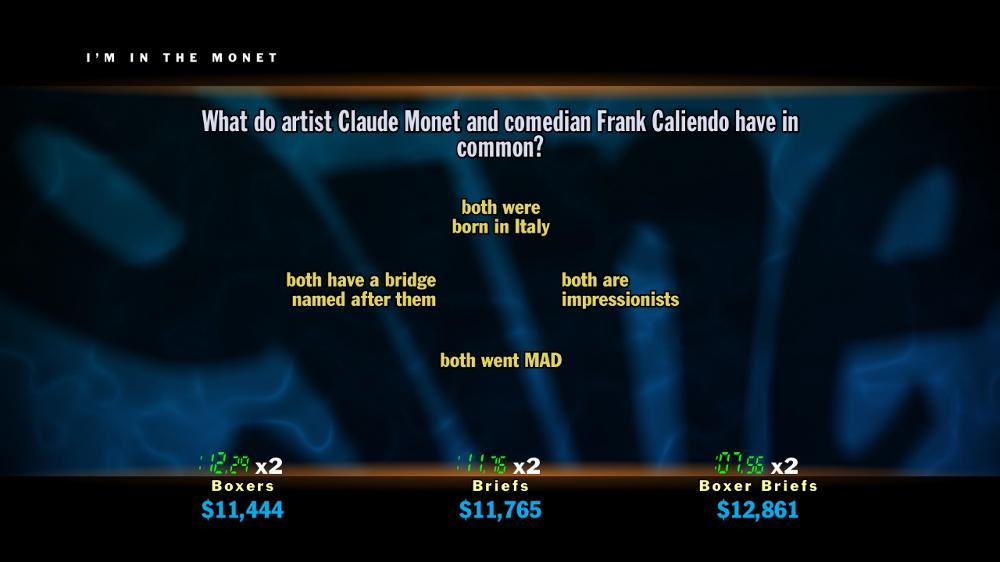 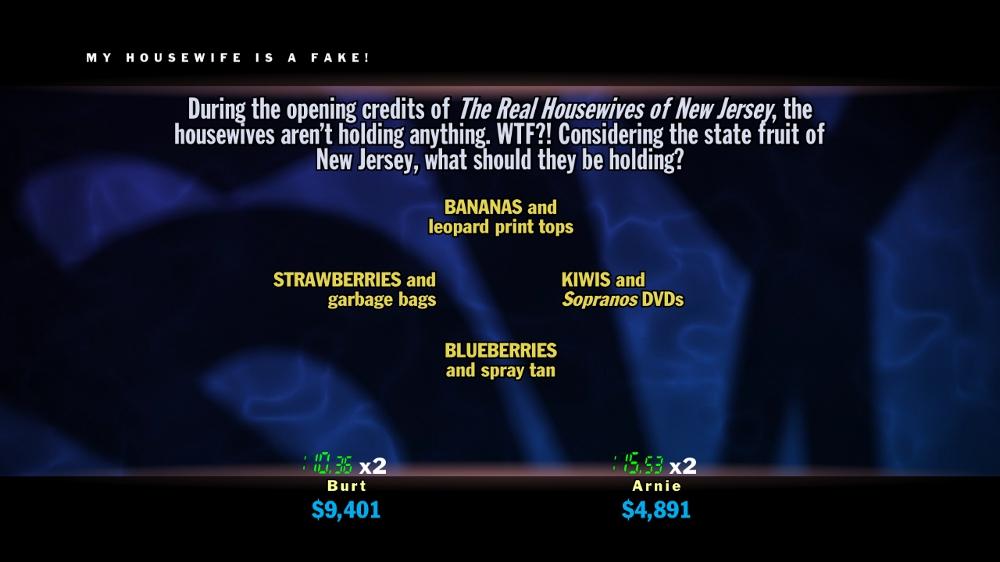 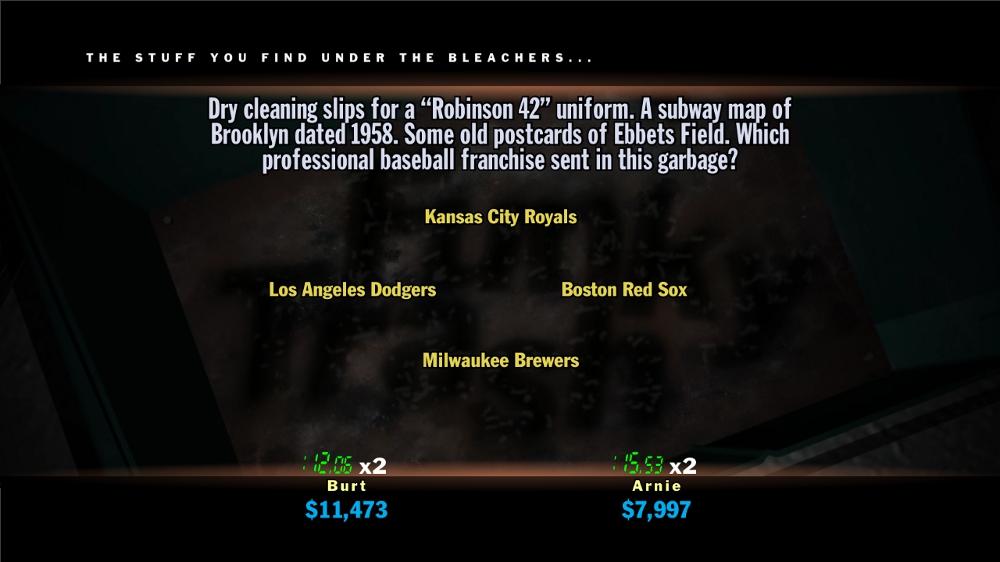 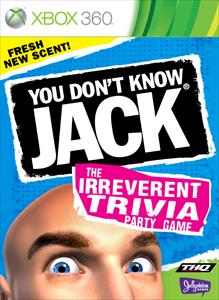 The Games on Demand version supports English. YOU DON’T KNOW JACK® - the trivia game your mother warned you about - would like invite you to have your pants pulled over your brain (a.k.a. “a head wedgie”). Unless you think you know a thing or two, that is! YDKJ is the hilarious quiz show party game where high culture and pop culture collide like a donkey on a unicycle crashing into a bigger donkey on another unicycle. Play alone or with friends - if you have them - and match wits with your acerbic (that means “single and desperate”) host, Cookie Masterson. Oh, and keep an eye out for the Wrong Answer of the Game! Pick it, instead of the correct answer, and win fabulous fake cash and prizes… like a donkey on a unicycle. It’s trivia. It’s all-new. It’s unscented. It’s YOU DON’T KNOW JACK®!